Learn More to Save More 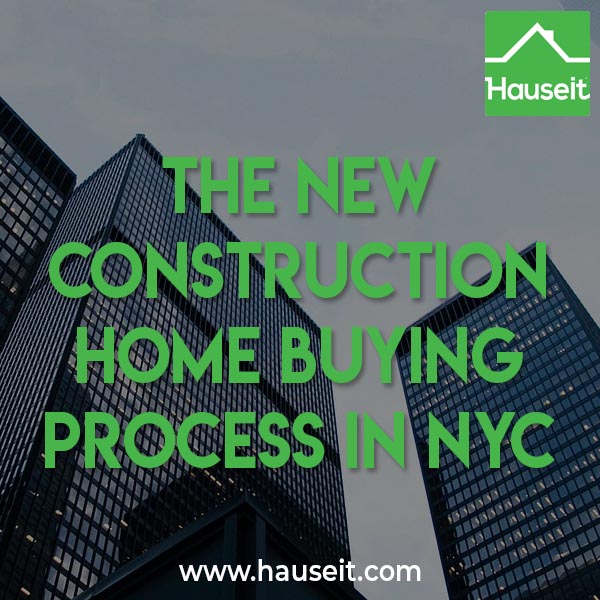 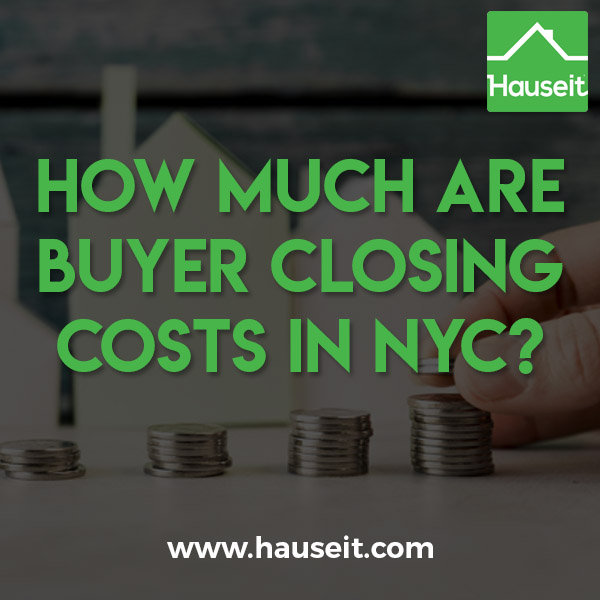 How Much Are Buyer Closing Costs in NYC? Read More » 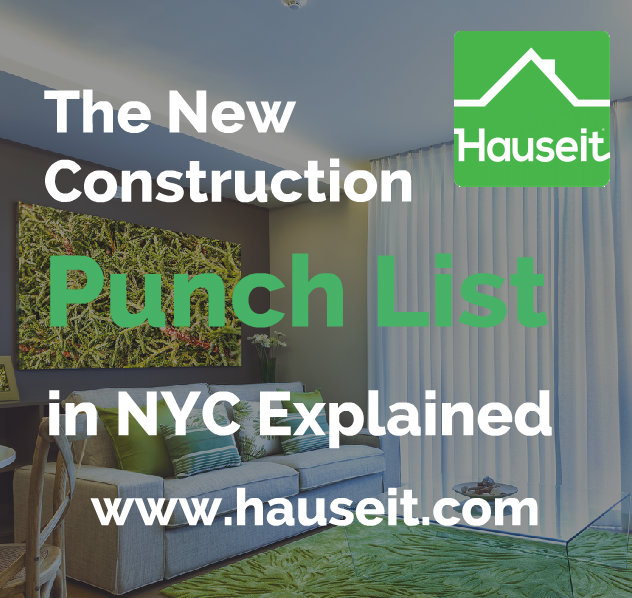 The New Construction Punch List in NYC Explained
What is a punch list when it comes to new construction in NYC? Are sponsors obligated to finish a buyer's punch list within a certain time frame? We'll explain everything you need to know about new development punch lists and … 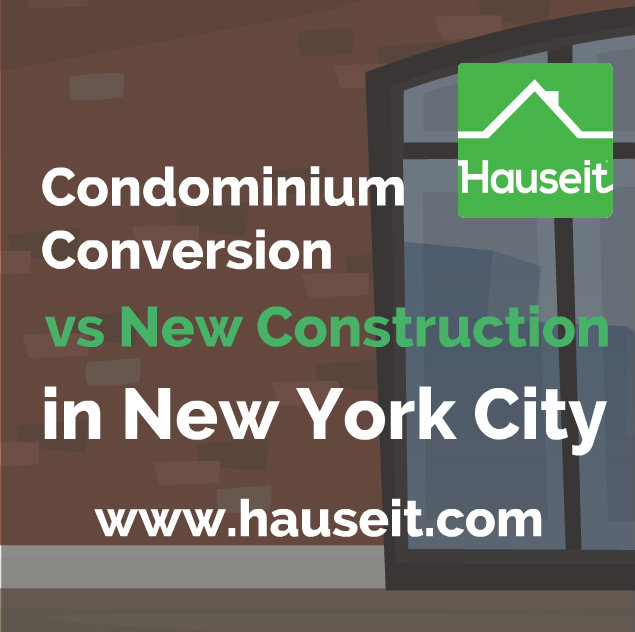 Condominium Conversion vs New Construction in NYC
Buying a condominium conversion, rehabilitation or re-development is very different from buying a new construction condo in NYC. We’ll go over the special risks associated with buying a condo conversion or rehab in this article. Estimate your buyer closing costs … 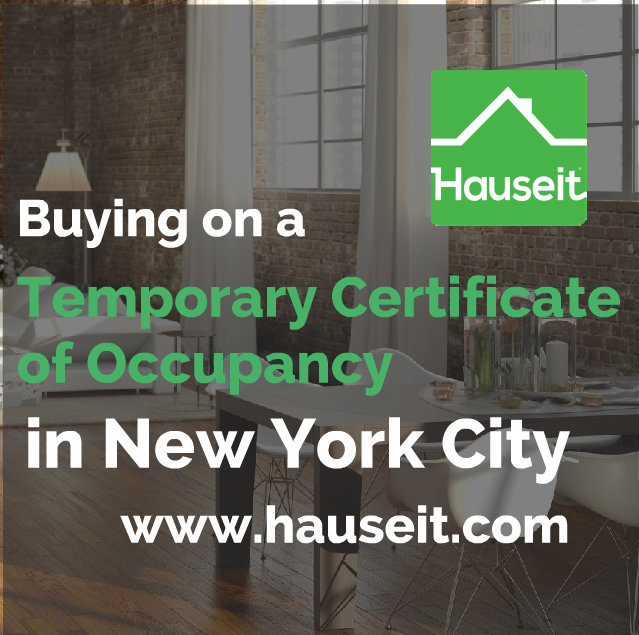 Buying on a Temporary Certificate of Occupancy in NYC Read More » 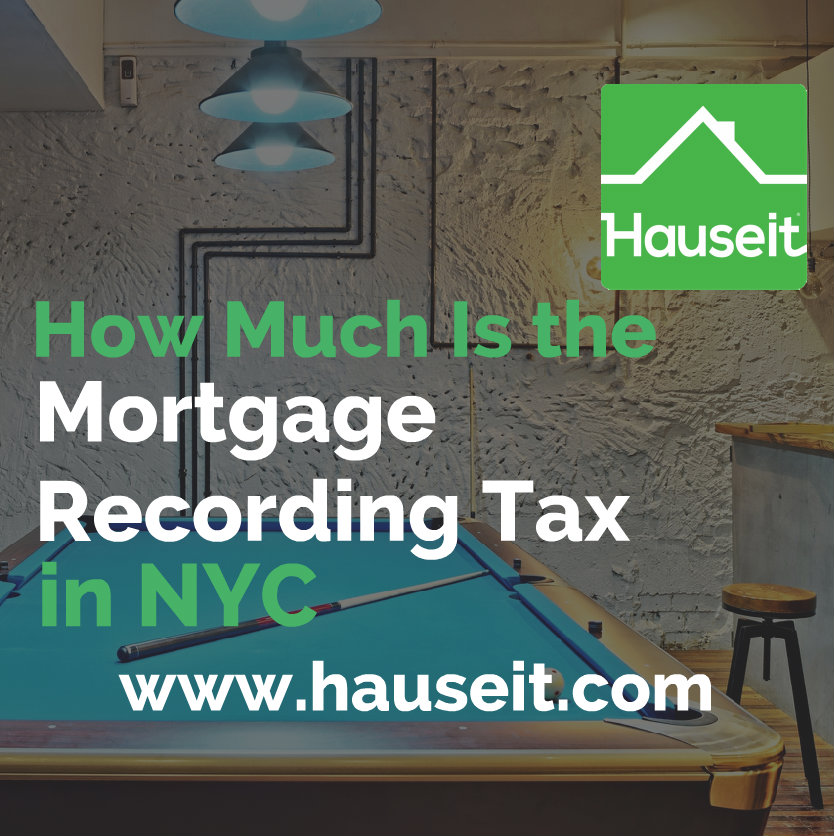 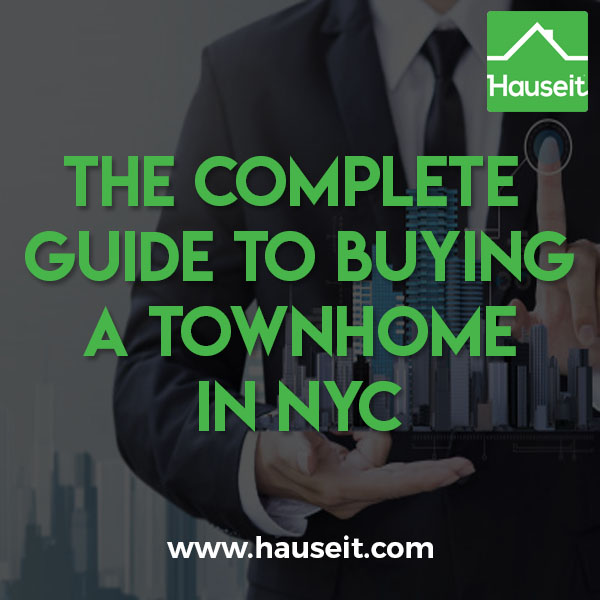 The Complete Guide to Buying a Townhome in NYC Read More » 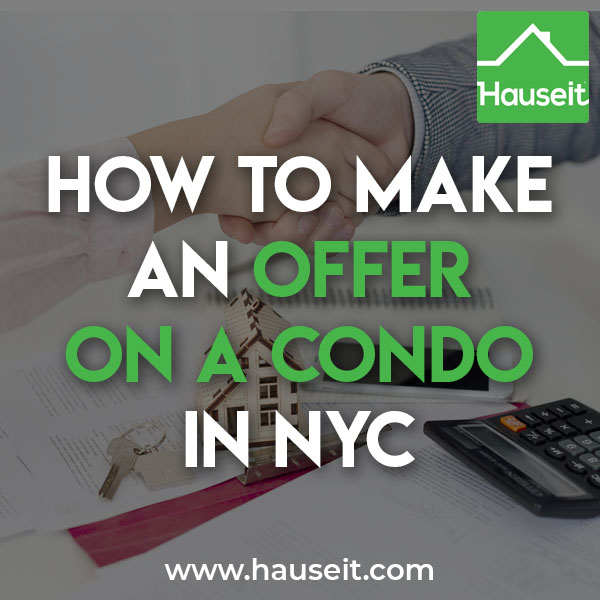 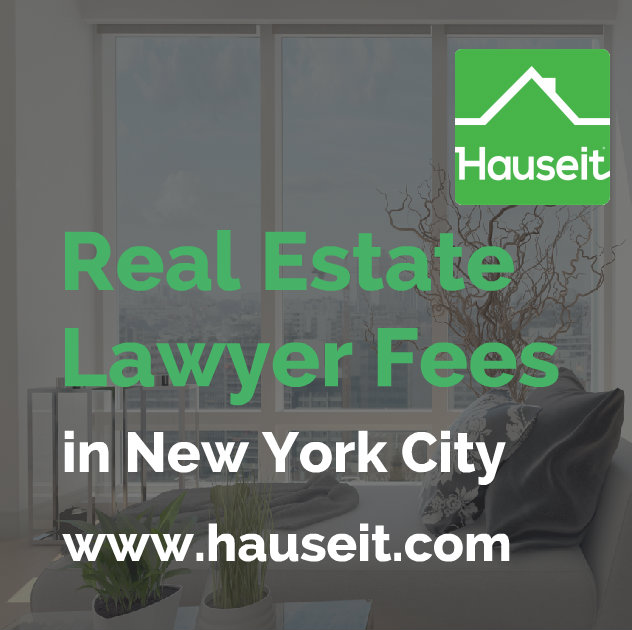 Real Estate Lawyer Fees in NYC
The average real estate attorney fee for a purchase or sale transaction in NYC is $2,000 to $3,000. Lawyer fees can be as high as $5,000 for a more complex transaction and for new developments. There are also light-touch, discount …

The NYC Transfer Tax is a new construction buyer closing cost of 1% for sales below $500k and 1.425% for sales of $500k or more. Higher rates apply for commercial transactions and multifamily properties with 4 or more units. The combined NYC and NYS Transfer Taxes are customarily paid by sellers except for new construction and sponsor sales, for which these closing costs are usually paid by the buyer.

Buyers of new construction are usually responsible for covering sponsor’s attorney and document preparation fees. This closing cost is often referred to as ‘Closing Fees.’ Here is an example of how this buyer closing cost is structured for a new development:

In addition, the Purchaser will be required to pay Sponsor’s Counsel:

(i) if, through no fault of Sponsor, the closing is adjourned (or is not concluded in its entirety on the day it commences), an additional fee of $300 for each adjournment (or continuation) to prepare and coordinate the new closing (or continuation);

(ii) if Sponsor, in its sole discretion, consents to a Purchaser’s request for an assignment of the Agreement, or for the addition, deletion or substitution of names on the Agreement, a fee of $1,000, payable in advance;

(iii) $300 for the preparation of ACRIS transfer documents required by the City of New York;

(iv) if Purchaser obtains mortgage financing, an additional fee of $850; and

(v) the sum of $875 in connection with the consideration, review and processing of any agreement of exchange or the like which Sponsor is requested to execute in connection with any tax-deferred exchange under §1031 of the Internal Revenue Code. Purchaser may be required to pay more than one fee pursuant to the preceding provisions of this paragraph with respect to a single Unit. Other additional charges may apply. At Sponsor’s option (in its sole discretion), any one or more of the foregoing fees to be paid to Sponsor’s Counsel shall be paid by Purchaser prior to closing upon notice to Purchaser.

Buyers of new construction are usually responsible for making an initial contribution to the building’s Working Capital Fund and/or Reserve Fund. Here is an example of how this buyer closing cost may appear for a new development:

Buyers of new construction in larger buildings are usually responsible for making a pro-rata contribution towards the purchase of the live-in super’s apartment from the developer. This is often referred to as a ‘Share of Cost of Residential Manager’s Unit.’ Here is an example of how this buyer closing cost may appear for a new development:

At the Closing to each Residential Unit, the Purchaser thereof, as a closing cost of such Purchaser’s Residential Unit, will be required to make the RMU Payment to the Condominium Board in an amount equal to such Purchaser’s pro rata share of the Purchase Price of the Resident Manager’s Unit plus closing costs as aforesaid determined in proportion to the Common Interest appurtenant to all Residential Units (other than the Resident Manager’s Unit) and in the amount more particularly set forth on Schedule A. The RMU Payment shall be held in the Working Capital Fund or in a segregated account.

Title insurance is an insurance policy against any defects or future claims against the title for issues which were unknown at the time of purchase when the original title search was conducted. This means you’ll be protected if a previous owner comes out of the woodwork ten years after your purchase, and claims that there was a mistake in the chain of title and that he never sold the property to the seller of your property, which means the seller of your property didn’t have a right to sell it to you.

Title insurance comes in the form of an owner’s policy (which protects your home equity based on the purchase price) and a lender’s policy which insures your mortgage lender from any title-related losses on your loan’s principal balance. You can also purchase an additional insurance policy called a Market Value Rider which will automatically step-up the amount of your Title Insurance policy coverage to match appreciation in the market value over time.

The average real estate attorney fee for a purchase transaction in NYC is $2,000 to $3,000. The flat fee rates you are quoted will vary based on the complexity of your real estate transaction. Lawyer fees can be as high as $5,000 for a more complex transaction and for new developments. Real estate attorney fees are typically taken at closing and will be part of the closing costs mentioned in your lawyer’s closing statement. Some lawyers may negotiate for half or some other portion of the fee to be paid upfront, with the remainder to be paid at closing.

If you’re buying a sponsor unit (new construction), it’s customary for the buyer to also cover the seller’s attorney fees in addition to the NYC and NYS Transfer Taxes. This is the reverse of a traditional private resale where sellers pay the Transfer Taxes and cover their own attorney fees. Keep in mind that sponsor closing costs are negotiable.

Most condos and co-ops in NYC charge buyers a refundable move-in deposit in addition to a non-refundable move-in fee. Exact fees vary by building, and they are usually listed in the resale application (also know as board application). Keep in mind that these fees are usually non-negotiable, as they are contractual based on the underlying management agreement in place between a condo or co-op building and the managing agent.

Most condos and co-ops in NYC charge buyers a non-refundable board application fee. The fee is customarily collected upon submission of your board application along with move-in fees & deposits from the buyer and move-out fees & deposits from the seller. Always check your specific coop purchase application to see what forms of payment are accepted. Even if personal checks are permitted, we always suggest sending certified checks because it will eliminate the processing time associated with waiting for your checks to clear the bank. Keep in mind that this fee is non-refundable, meaning you won’t receive any money back if you’re unfortunate enough to be rejected by the co-op board.

Buyers who are financing may be able to reduce the amount of the Mortgage Recording Tax by negotiating a Purchase CEMA with the developer, assuming that the developer has an eligible existing loan balance.

The typical mortgage application fee in NYC is $500 to $1000. Some banks will waive this fee for their preferred clients who have above $100k to $250k on deposit with the bank.

The average appraisal fee is ~$750. Banks usually will not offer to cover this, as they have to hire and pay a 3rd party appraiser. Other mortgage-related expenses include a Mortgage Recording Fee of ~$200.

How much are new development closing costs in NYC?

Is it possible to reduce my buyer closing costs in NYC?

How much can I save with a commission rebate?

At Hauseit, we offer buyers the ability to save up to 2 percent and reduce buyer closing costs through the largest broker commission rebate in NYC. The buyer of a $2 million property in NYC can save $40,000, assuming that the buyer agent commission being offered is 3 percent.

We pair you with an experienced, local partner buyer’s agent who will not only serve the role as a traditional, full-service buyer’s broker but who has already agreed to discreetly write you a check for up to 2 percent of the purchase price at closing, which comes out of the commission paid by the seller. Hauseit’s partner brokers are traditional brokerage firms and agents based locally in NYC who never openly discount or offer rebates online.

The IRS has issued an opinion letter stating that closing credits and commission incentives provided by real estate brokers are generally not taxable. As a result, you should not expect to receive a 1099 as your closing gift will generally be treated as a concession on price, and thus a reduction of your cost basis. Please consult your tax adviser for more information.