BOM stands for “back on the market” in real estate, and is a common abbreviation used by real estate agents. As the name suggests, a listing that is back on the market simply means that it is available again after a prior offer or contract fell through.

Why Would a Seller Put a House Back on the Market?

Can a Listing Be Back on Market Through No Fault of the Seller?

What to Watch out for in Back on the Market Homes

Steps to Putting a House Back on Market

Sale Pending vs Under Contract

Why Would a Seller Put a House Back on the Market?

A seller typically puts a house back on the market because a previous deal with a buyer fell through, and the seller still wants to sell and is willing to look for another buyer.

The listing might have had an accepted offer or even a signed contract, but for some reason or another the buyer backed out.

If the seller only had an accepted offer, then the buyer could have backed out for any number of reasons during the due diligence period.

Perhaps the buyer’s attorney found something sketchy about the building while reviewing the board meeting minutes, the annual building financial statements or the condo or coop’s original offering plan.

If the listing was in contract, meaning that a fully executed purchase contract was in place, the deal could have fallen through if a contract contingency was met.

For example, perhaps the buyer had a mortgage contingency in the contract and was not able to get a mortgage commitment letter from a bank within the time limit, and decided to back out.

Or perhaps the appraisal came in low, and the buyer was protected by an appraisal contingency clause in the contract and decided to back out.

Can a Listing Be Back on Market Through No Fault of the Seller?

Yes, just because a listing is back on the market does not mean there’s something wrong with the property.

Most likely the reason that the property is back on the market is because the buyer decided to back out, perhaps because they got cold feet or they realized that they were not financially qualified (either generally speaking, or they didn’t meet a co-op’s financial requirements).

Sometimes, a buyer will back out of deal that’s in contract simply because the co-op board rejected them.

Or perhaps the buyer wasn’t able to get a loan, or couldn’t close with a loan because the buyer lost their job at the last minute. Things like this can happen through no fault of the seller.

What to Watch out for in Back on the Market Homes

As a buyer, you should always be wary about why a home may be back on the market, especially if the price seems too good to be true. Did the last buyer find something out about the property during the due diligence period that made the purchase untenable?

Leverage your buyer’s agent to reach out to the listing agent for the inside scoop on what happened with the last deal.

Many listing agents will be very upfront and honest about what happened, for example if the buyer was simply rejected by the co-op board.

Since your buyer’s agent is a people person by profession, he or she should be able to read into the listing agent’s response and determine just how truthful they are being. Remember, you’re taking their word for it!

Pro Tip: While you can’t verify what actually happened to the last deal that fell through unless you’re able to read minds, you can ask your attorney to be extra careful during due diligence and to be on the lookout for potential issues with the apartment or building.

Steps to Putting a House Back on Market

If your home is back on the market because an accepted offer fell through, then very likely there’s no need to change your listing’s status. That’s because many MLS systems only have three primary listing statuses: Active, in contract and sold. If for some reason your MLS does have a pending, offer in or accepted offer listing status, then make sure your listing agent changes that back to active.

If your deal was in contract and the buyer still fell through, then you need to ask your listing agent to change the listing status from “in-contract” to “active.” This will typically trigger a notification on many people’s automatic search alerts.

In either of these scenarios, it can also be helpful if your listing agent added to the beginning of the listing description, perhaps in all capital letters, “back on the market” just so people know why it still hasn’t sold yet!

Pro Tip: As you can see, there are many nuances when answering your question of what does BOM mean in real estate. Learn how you can reset your listing’s day count by re-listing your home in NYC with a different broker.

Sometimes you’ll see a listing marked as pending on Zillow or other websites, which is just that site’s equivalent of saying a listing is in contract. Remember that most MLS systems don’t actually have an interim listing status between active and in-contract.

So what does it mean when a listing was marked as pending / in-contract, and then it disappears off market without being marked as sold?

The latter is actually quite rare in most regions of the United States because MLS systems are typically quite strict about having accurate data and timely listing status updates. As a result, it takes a really rogue agent or a FSBO seller to simply remove an in-contract listing early or to remove it without marking it as sold.

The best way to find out what happened is to have your buyer’s agent reach out to the listing agent!

Pro Tip: Don’t be confused by sites like Zillow. For example, as of this writing, Zillow will mark an in-contract listing in NYC as “pending” and even say on the listing description that “this home has a pending offer.” When you hover over that text, a pop up box will elaborate further and explain that “a pending listing means a seller has accepted an offer from a buyer. In some cases, the seller will accept backup offers.” Obviously this is not accurate or relevant for a deal that is actually in-contract in New York. When a deal is in-contract, the seller has accepted an offer long ago and a binding purchase contract has since been executed. As a result, the seller would never accept another offer at this stage as they don’t have the right to sell it to another buyer anymore.

Sale Pending vs Under Contract

Sale pending is typically the same thing as in-contract on many public facing real estate search websites such as Zillow as we’ve discussed in the previous section.

However, keep in mind that “under contract” is a rather ambiguous term and can be construed to mean either “in-contract” or that a contract has been sent out and is being negotiated, but hasn’t been signed yet.

Pro Tip: Did we answer your question, what does BOM mean in real estate? If so, please leave us a comment below if you’ve liked what you’ve read, or if you have any further questions. And please remember to check out Hauseit’s Forum for other great questions on NYC real estate from other readers. We hope to hear from you!

Disclosure: Hauseit® and its affiliates do not provide tax, legal, financial or accounting advice. This material has been prepared for informational purposes only, and is not intended to provide, and should not be relied on for, tax, legal, financial or accounting advice. No representation, guarantee or warranty of any kind is made regarding the completeness or accuracy of information provided. Hauseit LLC is a Licensed Real Estate Broker, licensed to do business in New York under license number 10991232340. Principal Office: 148 Lafayette Street, New York, NY 10013. 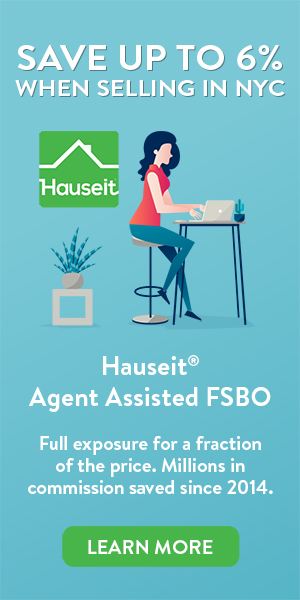